Home Latest News The End of the Birth Control Mandate?

The End of the Birth Control Mandate? 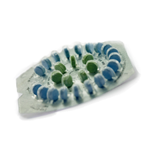 Beginning in 2012, under the Affordable Care Act (ACA), health insurance plans offered through employers were required to cover, with no cost to the employees, at least one type of each birth control approved by the Food and Drug Administration (FDA). Thanks to this coverage, 55 million women have access to birth control with no out-of-pocket costs, saving them more than $1.4 billion in 2013 alone. In the Burwell vs Hobby Lobby case in 2014, the Supreme Court ruled that non-profit companies and “closely held” for-profit companies could opt-out of covering out-of-pocket expenses for birth control due to religious objections. The Trump administration has proposed a revision that would take this further to allow any employer or health insurance company the ability to deny contraceptive coverage to their employees based on religious or moral objections. This is in opposition to what the majority of Americans want. Based on a survey by the Pew Research Center, 2/3 of Americans believe that “employers who have a religious objection to the use of birth control should be required to provide it in health insurance plans for their employees.”

Such a move by the administration would prevent hundreds of thousands of women from accessing the birth control benefits they currently have under the ACA. In addition to preventing pregnancy, birth control is used to help treat a number of health issues such as endometriosis, acne, painful menstrual cramps, and polycystic ovarian syndrome. Medical repercussions would not be the only issue women would have to deal with if they lost their coverage. Although it could be an inconvenience, women who are financially able could still access and pay for their birth control out-of-pocket, but women living near or below the poverty line would suffer greatly. Birth control pills can cost up to $50 a month and long acting reversible contraceptives (LARCs), such as the IUD, can cost upwards of $1000. The Trump administration has said that women will still be able to access birth control through other means such as a family member’s insurance, a public insurance plan, or through “multiple other federal programs that provide free or subsidized contraceptives” (which ironically are the same programs the Trump administration is trying to cut funding from).

These types of revisions are usually required to be open to a public comment period but in this case the mandate revision could be implemented immediately. The administration has labeled it an interim final rule, which means it can be effective as soon as it is published. Fortunately, some states are taking the initiative to ensure the coverage does not go away for their citizens. Governors in Washington, Nevada and Colorado recently signed bills that would require insurers to cover a year’s supply of contraceptives at one time. It is unclear when this revision will be implemented, but regardless of when it rolls out, the health of women across the country will be compromised.