Reproductive Care around the World: Midwives and Family Planning in Guatemala 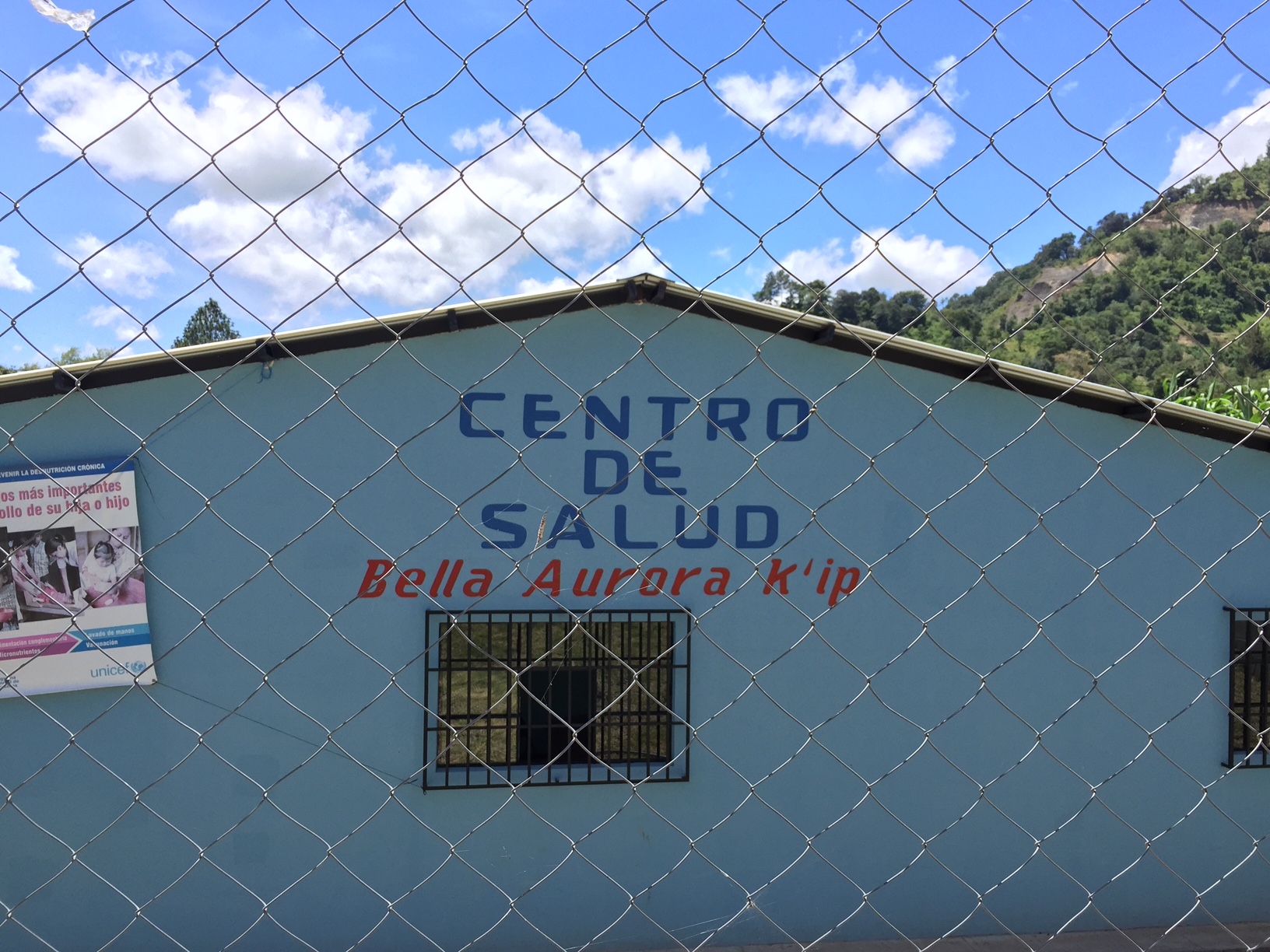 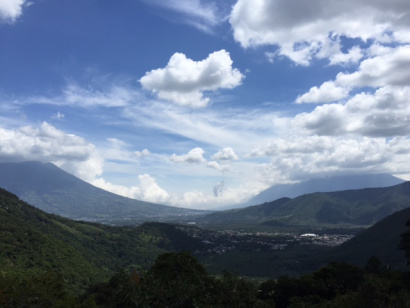 Guatemala was my last stop on my global trip this summer. The country was so beautiful, the people so welcoming, and I learned about a very different system of health care and access than I had experienced in other countries. I spent most of my time in Chimaltenango with Wuqu’ Kawoq, a Mayan health organization that provides care to people in the surrounding towns and villages. This organization is amazing and has a very important and effective mission to serve people in their own contexts and languages. The majority of medical facilities in Guatemala cater to Spanish-speaking patients, so individuals from Mayan communities who only speak Kaqchikel and are not able to read experience severe discrimination when they go to the hospitals. It was so important to work with an organization who is striving to balance the discrepancy between the urban and rural populations. Coming from the United States, where our services for indigenous people and minority populations often do not adequately provide care in culturally appropriate ways, I found this organization demonstrated an important model to follow.

During my time I was able to interview six midwives with the help of a Kaqchikel translator. In Guatemala, midwives choose calling after having significant dreams and experiencing illness until they accepted the calling. One midwife realized her calling when she delivered her own child at age 17. Another graduated from the mandatory 1 year license training in just a few months because although she is illiterate, all of the answers to the questions came to her in a dream. Another midwife told me she didn’t want to become a midwife, but she continued to get violently ill until one day she helped a woman deliver her baby and instinctively knew what to do. 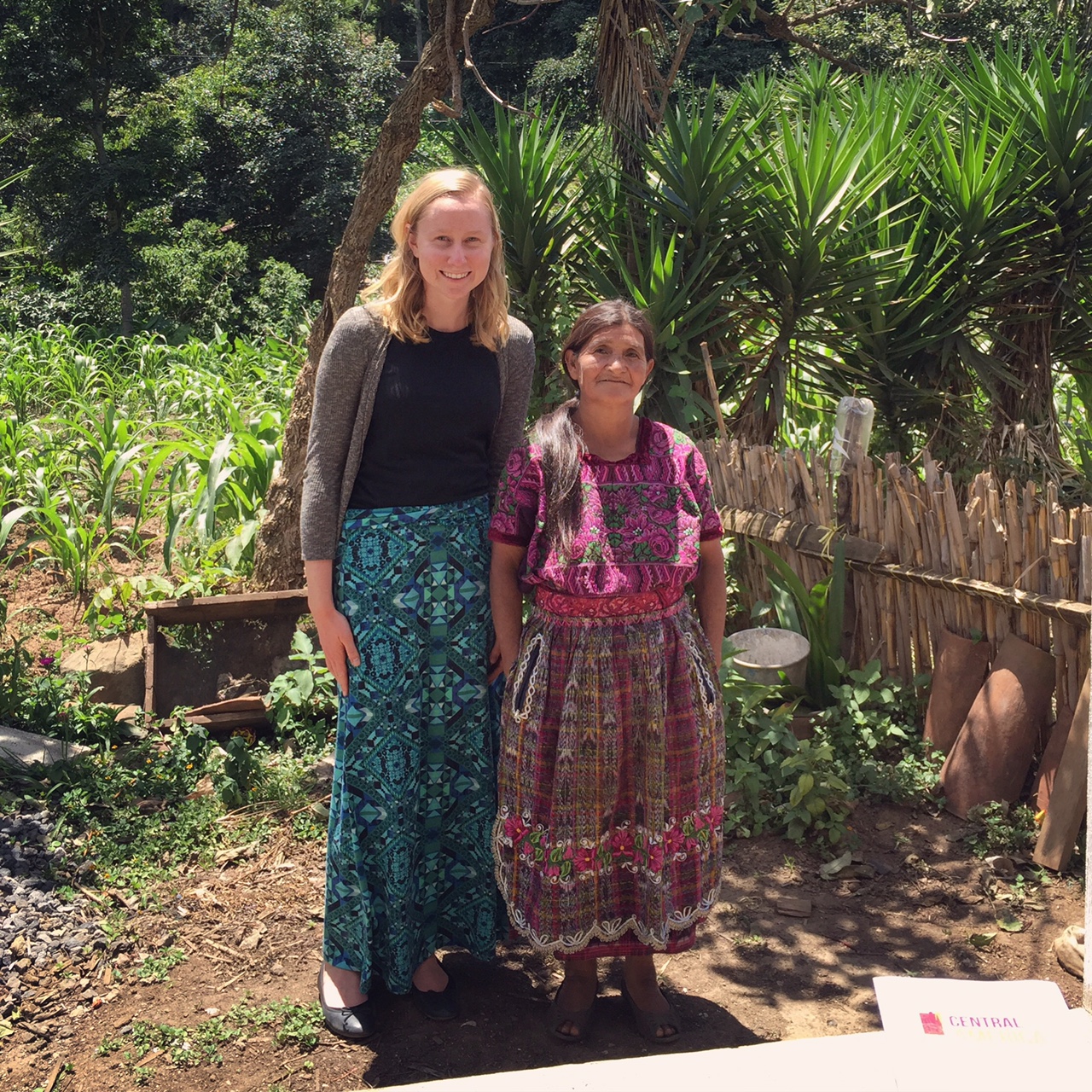 Interviewing a midwife in the field

Although most Mayan midwives are illiterate, they learn to care for normal birth through apprenticeship and health courses at the health center. While midwives are not recognized as autonomous, trained medical professionals by the official medical systems of Guatemala, they are the trusted and primary caregivers for the rural communities. Every midwife told me that a critical part of their job is referring women to the hospital and health center when complications arise. The midwives all value the services these medical facilities are able to provide, and their goal is to help the patient receive appropriate care. Yet the midwives said that the biggest barriers to care are convincing the women to go to the hospital, and having the hospital staff utterly reject and discredit the midwife if she arrives. The women don’t want to go to the hospital because the staff often don’t speak Kaqchikel, they don’t inform the family of the mother’s condition, and they often discriminate against indigenous women. One midwife told me that she took her patient to the hospital and told the doctor the patient had placenta previa. The doctor banned the midwife from the hospital and left the women without care until another doctor took shift the following morning. By the time they performed the C-section it was too late for the baby. The midwife shook her head. “It is so sad and angering. They do not value us. It is simply malpractice.”

Along with interviewing midwives, I have had the pleasure of getting to know a lot of the staff and volunteers and shadowing on some of the trips to the villages. I accompanied them on their diabetes project where they meet with patients and test blood sugar and provide education, as well as a women’s health teaching. All of their programs provide an educational component along with clinical care and medicinal support. 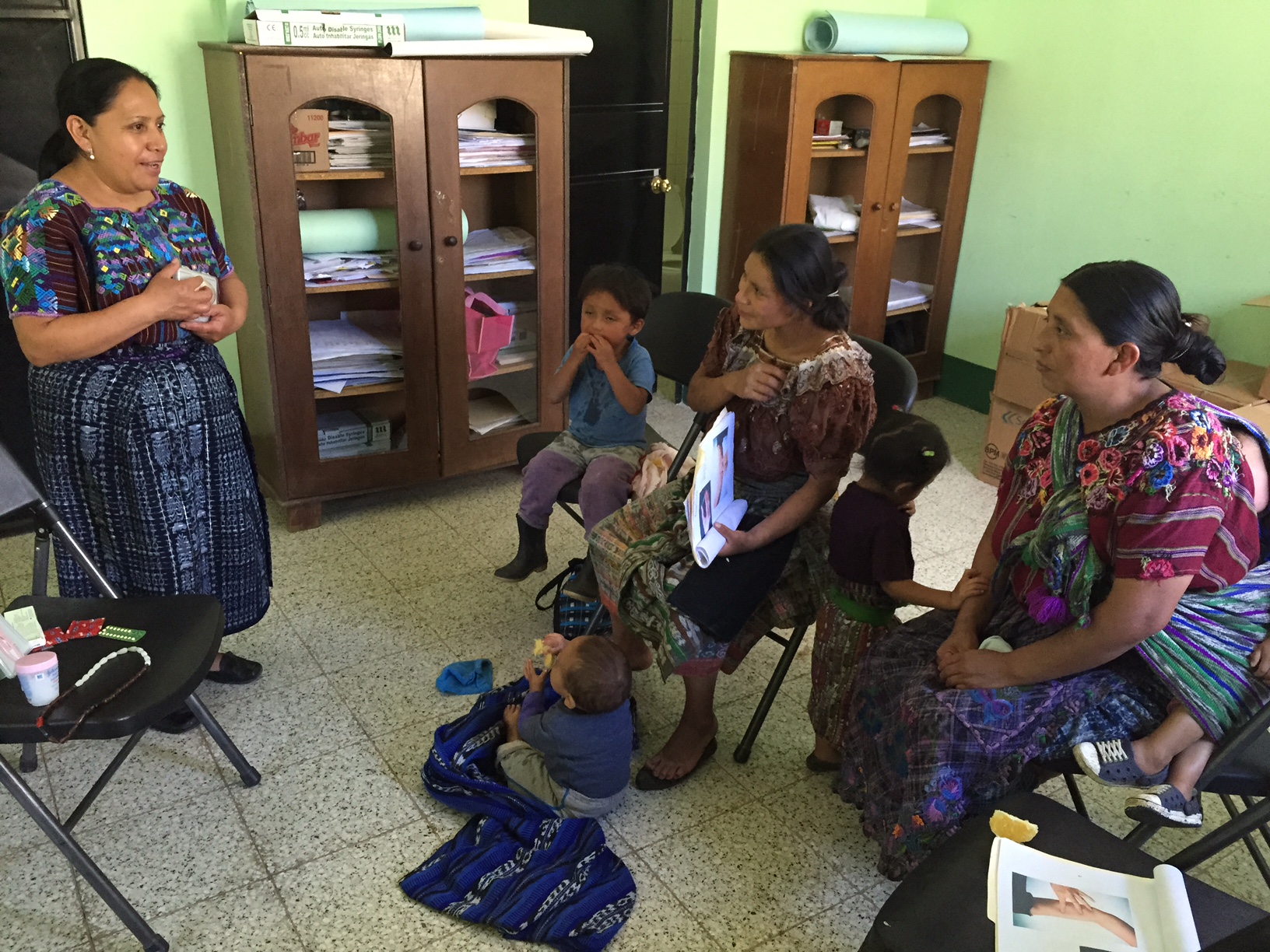 The women’s health teachings include 8 week courses where women in the community bring their children and learn about health and family planning. The week I visited, the ratio of moms to children was 2:4. It was precious to watch the women listening intently while their babies nursed and toddlers played. Family planning is a very sensitive issue in the rural communities. Many families reject family planning for religious reasons, and others have misunderstandings about how different methods work. For example, there is a common believe that birth control pills build up in the uterus. One woman who was using birth control pills went to the local doctor, who told her that he could tell she was taking them based on certain markings on her back. This woman spread her story in the village, and many other women feared using the pill because they believed it would be obvious. Often, once women learn more about birth control they want to use it, but their husbands and mothers-in-law prohibit them. It was striking to learn about the strength of power dynamics in the nuclear family and to realize that comprehensive reproductive healthcare must engage many members of the community to be effective. 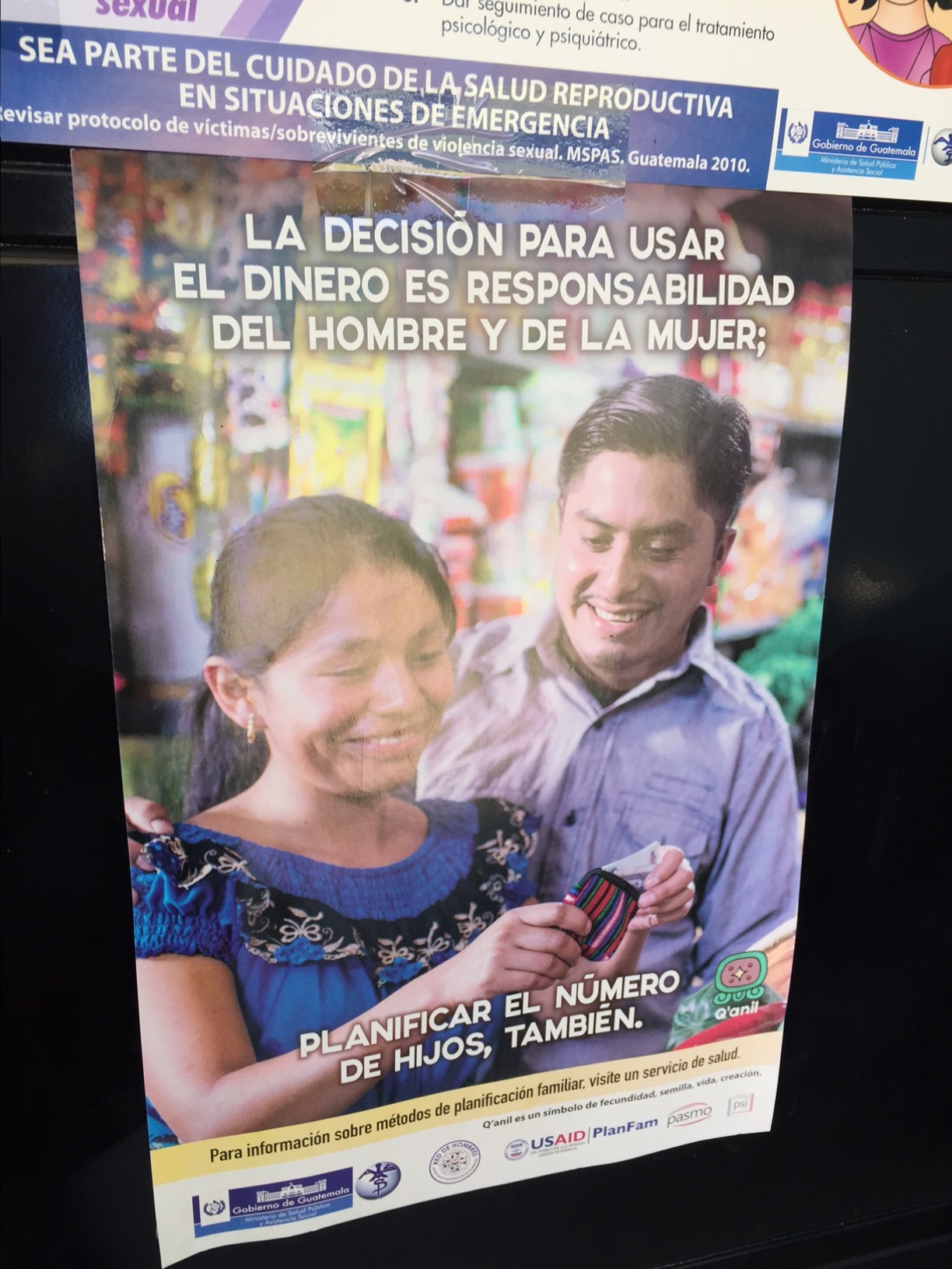 Translation: The decision to use money is the responsibility of both the man and woman. Plan the number of your children this way as well. 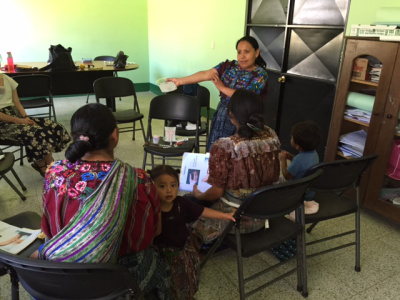 Women at the health center teaching

After the lesson, the woman to the left said that she has learned so much during the teaching. She has 7 children (the youngest sleeping on her back). She has always believed that birth control is a sin, but now she thinks differently. She says she wishes she had the opportunity to go to school and read, and she hopes that her children will have that opportunity. She said it is difficult that she cannot even read the text of the manual. Even though she thinks differently about birth control, she says that her husband will not allow her to use it. Attending this teaching made me realize the importance these kind of information sharing services. When women are not able to learn through reading, they only have access to the beliefs of their community. Without an understanding of different family planning methods they don’t even have the option of choosing one that works best for them. The intersection of knowledge and resources is so critical, and I have such respect to Wuqu’ Kawoq’s commitment to provide both of these aspects in the local language.

After visiting a country where minority women experience such severe discrimination, I am very glad to see changes happening in our own state to provide for native populations. This year, Arizona Family Health Partnership is supporting the first healthcare and family planning clinics in Navajo Nation. Providing these services tailored to native populations will provide so many opportunities for women and families to receive education, to become more empowered about their reproductive life plans, and to access care that respects their cultural context and personal goals.