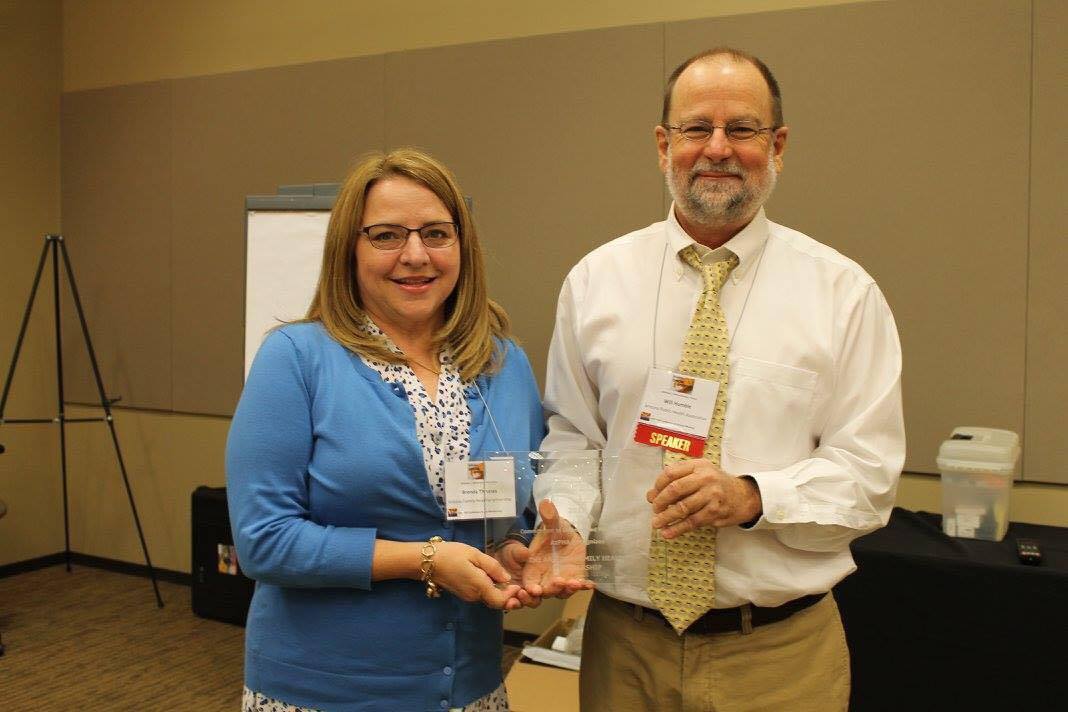 In a ceremony on September 28,  we received the 2017 Elsie Eyer Commitment to Underserved People (CUP) Award that recognizes a sustained effort in assuring health services to the underserved in Arizona.

The award, established in 1999 in honor of Elsie Eyer, a public health advocate for more than 45 years, was presented at the Arizona Public Health Association (AzPHA) Fall Conference and Annual Meeting in Phoenix.

Elsie Eyer was a remarkable leader, advocate and human being whose life reflected her beliefs that all people should have access to important and often life-saving services and resources, particularly those who are the most vulnerable. To receive this award is so gratifying because, as an organization, we strive to uphold Elsie’s ideals every day.

Elsie Eyer passed away in 2015. She joined the Arizona Public Health Association in 1974 after attending her first annual meeting, later serving on the board of directors in several capacities including president in 1985. Later, she became the Arizona Affiliate Representative to the American Public Policy Association. She served for 17 years with the Coconino County Health Department, including as director, before moving to Phoenix in 1997 to become Assistant Director, Public Health Services at the Arizona Department of Health Services. She became Executive Director in 2000.

Eyer received the 1995 AzPHA Harold B. Woodward Award and the Women of Distinction award for Health in 1994 and 1996 from Soroptimist International of America in Flagstaff.